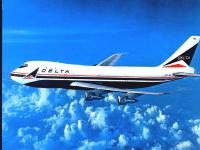 Ahh! It is done. My roomate has moved out and begins his new journey in Seattle. Of course, all of his furniture is still in my basement, but then again, it gives the 'furnished apartment' feel.

God only knows for how long it'll be there....

It's not that I didn't like my roommate. He was definitely a sweet guy, I just think that perhaps having an intimate past might have allowed him to feel comfortable taking some things for granted. Like being neat, paying rent, ya know.. standard roommate things.

It is a dual edged sword. While I enjoy having the peace and quiet that comes with being alone, I once again am alone. Which, at night, can become a problem. It's comforting to know that there is someone else in the house, even though they're downstairs.

Another interesting thing is how quickly the word spreads that my downstairs is now vacant. I've already had a few offers from people looking for a place to live. One of them being a guy I dated very briefly. He was a bit too much drama .. kinda sorta.

I wouldn't mind having him move in. He's relatively responsible, at least he works very hard. He would certainly pay rent (or be living on the curb outside my house - no more free rides, this time.) and might be nice company.

I just don't know. Friends and ex-dates/boyyfriends may not make for good roommates. Plus, then again, I have another person running around my house when I am trying to have personal time. You know how annoying it is to be jacking off, about to bust a nut and BOOM! The door opens...

I also have a small issue with gay roommates. What if I bring a hot guy home? The last thing I want is him to wanna fuck my roommate or my roommate to wanna try and fuck him. Does the Ninja gotta choke a bitch?

I remember walking out of the shower when my last roommate lived here and this guy I dated (Jason) was waiting for me. I walked out and caught them in this "I wanna eat you" stare down. I was a little annoyed then, but knowing what I do now about Jason -- I would have been lucky if he would've went for my rooommate. It would have saved me a lot of wasted time, energy, and money - yes money! I am a jew, damnit!

Speaking of jews and money -- I need to check my powerball tickets... I could be a millionaire!

I could also be the Queen of England. No shit, right?
Posted by Scrappy at 4:36 PM