In five days it will be three years since my boyfriend died in the car accident. While my life has progressed with few moments of hesitation since I came to terms with the accident -- current situations renew it, daily, in my life.

It's a strange feeling, but like everything I feel, it ebs and flows. Sometimes being upsetting and other times being nothing more than a passing thought.
I can't say that I believe in coincidence. I think our lives bring to us, for whatever the reason, crossroads that determine our next available paths - for better or worse. The final destination ultimately known (by God) but our free will at work.. shaping our destiny.
Wow... kinda reminds me of the old HabitTrails and hamsters... those were the simple days. When having a hamster to tourment was fun and being the first in your neighborhood to own MJ's Thriller on a 45 was the best thing to happen in your life.
I wonder where the lesson was for me. If I'll ever know it, learn from it, or if I already have. I guess I will never know. Or may be it is already a part of the secrets I keep burried inside of me... the secrets that I am waiting to tell, when I find someone to share them with. Someone to trust and believe in.
I am still, as always, drained. So exhausted. Mental, emotional, and physical. This job is sucking the life right out of me. Poetic justice, perhaps. It is a shame that only now I understand my boyfriend a bit better. Yet, he was still a shady bastard. Just a shady bastard I have a better understanding for at the moment.
The amazing power of love...
I have that itch... not to be confused with that itch that comes from a good trick at 3:00am in a stairwell by an abandoned building... but that itch to get away. To travel. To be somewhere other than here or there. Of course, now I am playing the part of responsible
Oh well, I am content. Maybe not satisfied, but that's not part of my personality anyway. I am always looking for something more exciting than the last adventure. Something to thrill me.
It just never does.
Posted by Scrappy at 11:47 PM No comments:

Okay so perhaps it has been awhile since I had anything really fun, exciting, and uplifting to write about. Don't get me wrong, I am not jaded or bitter. Even if I was I'd never let anyone know. I just prefer to 'keep it real' and I tend to write things in a way that is more like random thoughts being rambled off... sometimes good, sometimes sad, sometimes alarming .. sometimes making people wonder if I should be medicated. Ya know, all of that.

So today was a bad day. It was my 'day off' that never turns into a day off. Once again, I find myself at work dealing with issues, getting nasty phone calls from corporate and being made to feel like I should be on careerbuilders.com looking for a new job. Ya know, throw me into a store (no training on any level mind you) that is already fucked up and tell me to turn it around with no money to spend.

Well okay.. so I've spent some of their money on turning it around. It desperately needed it and everything I do improves the place. Complaints are down, sales are up... but that's not enough.

I looked in my ass.. they weren't there. I haven't checked the asses of my other employees yet, but I am debating it. I even looked in my dryer and I couldn't find them there either. So I'm at a loss.

I know it looks bad. I am upset about it, too. I can't explain it and I had no idea they were gone -- even though I do know we always seem to be searching and trying to get tokens together for sale on busy Saturdays. However, that has been sorta par for the course since I arrived so I didn't put much added thought into it.

I've fired most of the poison employees and only have a few more to get rid of. I am ontop of my management staff, am re-training (yet again) my line employees, working on marketing partnerships to increase business and trying to think of a legal way to slander the rat (Chuck E.) to pull their customers into my park.... and now I have to worry about my job security over 16,000 missing tokens which is obviously an inhouse theft issue.

I need to find better employees but I am not in the best place for that. Not that where I am is exactly bad, but the mentality kinda is. Oh well... I'll figure it out somehow.

I'd much rather be in San Juan, under a palm tree drinking a margarita, while I figure it out -- but I guess that will need to wait for a bit.
Posted by Scrappy at 12:22 AM 1 comment:

So, I am driving to the bank and I hear a woman on the radio (105.1 wava) hardly able to speak. Afraid and crying. Asking 'how do you die with courage?' and saying she is afraid that God abandoned her.

A neurological disorder is causing her to waste away and her mother, now dead, is no longer there to help her. She's by herself, with no one able to care... wasting away.

And my heart aches for her. This stranger. Nothing more than a voice breaking the silence of my ride. An ability, a motion, a thought... all taken for granted.

I think back to my own fears and my own neurological issues - knowing the same can happen, but being thankful that I've been blessed enough that it hasn't. Not yet.

My mind races... what can I do? How can I help a stranger? I'm not in the position to help -- I have my own mother that relies on me and I can barely handle the weight of that.

My heart, however, doesn't let go of the emotions her voice caused me and my mind replays her voice.

I think about the 'fat girl' that everyone makes fun of. Who is laughed at and made fun of at her expense. Sometimes aware, but often not, that she is being used as a joke. I watch her laugh or shrug off the comments she's aware of -- and I wonder how often she cries when alone.

What about 'Jackie?' The homeless woman who stands outside of the nightclub, asking for someone to help her. While countless drunken idiots who, with nothing nice to say, could simply ignore her -- yet they are abrasive, combative, and demeaning.

Where does she go as they walk off with their next trick. To snort their drugs, drink their alcohol, and fuck without concern for the woman standing helpless on the corner.

Without compassion, we are nothing.

In other news, I went ahead and did it. I decided to get the Cooper. Not that any of you (whoever 'you' are) knew that I wanted one, but I did. Below is the little beast that will be terrorizing neighborhoods near you soon.

Okay, so just when I think my life is boring something comes along and has to shake it up again and remind me that I am Jason.

Today I was served with a 1.5 Mil lawsuit from an incident back in August of 05.

So back in August around 10:30pm I was leaving my house to go visit Rebecca for a cup of coffee. As I was at the end of my road, begining to pull out onto the main road, I heard this little lawn mower sound and noticed a scooter (which wasn't there before) coming over the hill. I slammed on my breaks (not even making it off my street and onto the main road) and he, having seen me, got scared and slammed on his breaks too. This caused him to flip over the handle bars and skid down the street a bit.

I was in a panick. Cars were stopping, I called 911 (several times), called my friend who was a block away waiting on me to come, and it was pure chaos. The police came, EMTs, the works. However, the man (who appeared drunk) declined any medical service (he only had some minor cuts) and after the police talked to everyone .. the 'accident' was considered no fault and we all went on our way.

Now, almost a year later, I receive court papers for a trial by jury in the amount of 1.5m because..

Umm, okay, the intersection isn't on my street jackass. I am so disgusted.. it's jackasses like this which cause everyone to have insane insurance premiums and who fuck the system. More research indicates he lives in a low-income neighborhood in a 70,000.00 house... so yeah, I am sure he'd love to get some free money.

Oh well... go ahead and underestimate who you attempt to sue with incorrect claims and bullshit. I plan on riding this out... this is one time I am determined to NOT be taken advantage of by some fuck. 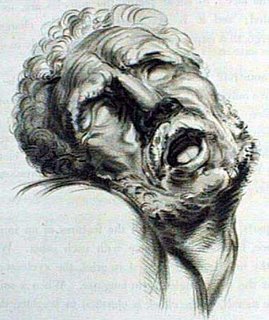 Where are the days of living life with reckless abandon?

Every morning a new adventure and every night another journey to take.

Perhaps it is time to pay my dues...

Or did I just take too much?


I got exactly what I asked for...

I have changed my mind.
Posted by Scrappy at 8:58 PM No comments: